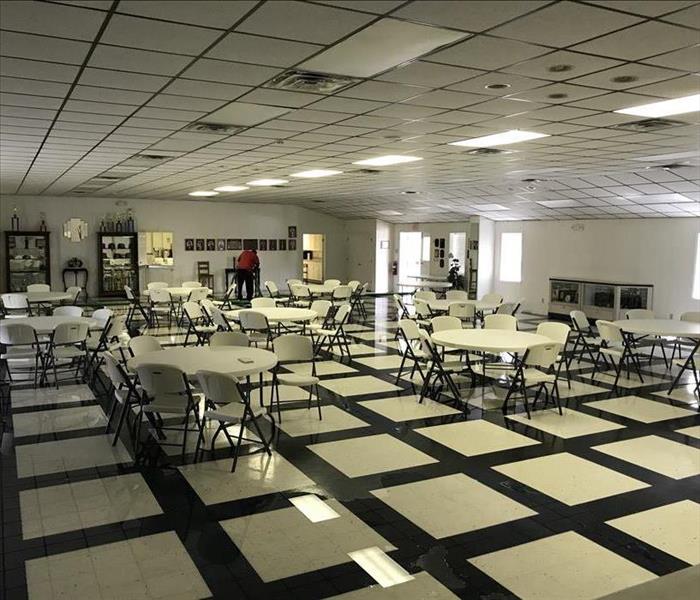 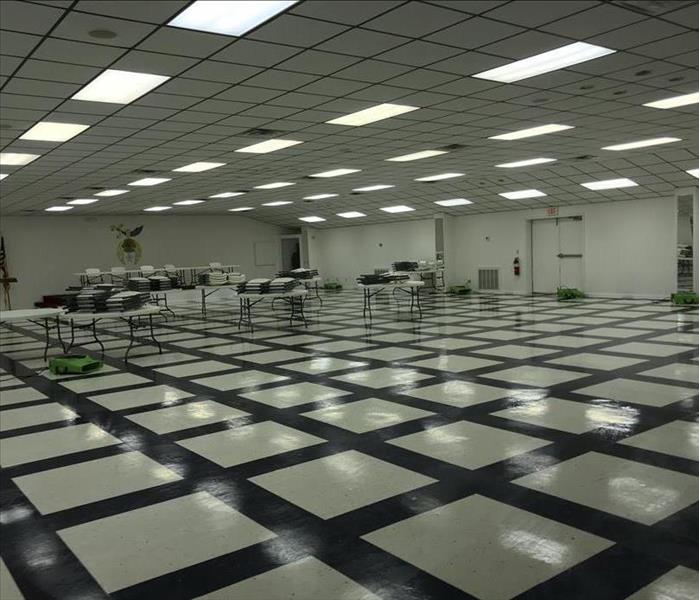 This flooded commercial building was the result of a supply line burst.  The water had ran approximately 1 to  2 days before being discovered.  It covered most of the building and was about an inch deep in the affected areas.  We began the process by extracting and removing the water from the flooded areas.  We used both truck mounted and portable extractors to remove the water.  Next we placed drying equipment to remove the water that had been absorbed into the building materials.  Wet baseboards were removed to dry the walls.   SERVPRO helped make this water damage "Like it never even happened."